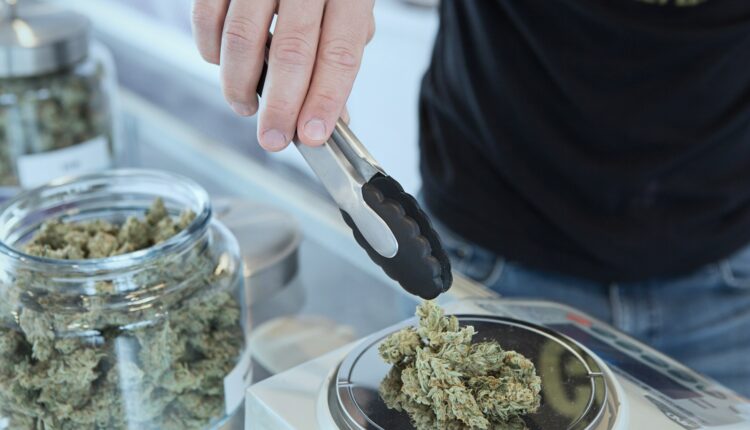 City Council’s vote is split on recreational marijuana for Flint

Flint, MI — At a time when division reverberates throughout the United States, division was palpable as the Flint City Council failed to muster up enough votes to opt-out of the recreational marijuana game. The vote to pass an ordinance that would prohibit new recreational marijuana licenses was split down the middle with four in favor and four in dissension. Five votes were necessary to ratify the proposed ordinance. Council Vice President, Monica Galloway and her tie-breaking vote were not present.

Proposal 1, which is also known as the Michigan Regulation and Taxation of Marihuana Act, allows cities to prohibit or limit the number of marijuana establishments within its jurisdiction. The October 14th regular city council meeting was the second read of Ordinance 190411, which would have at least temporarily stymied many of those that have anxiously awaited their opportunity to enter the recreational marijuana industry following the passing of Proposal 1 in last year’s general election.
“It has been exciting for a long time, I couldn’t imagine that they would delay this,” said Zach Denkins before the ordinance failed to be ratified. Denkins is a licensed caregiver with aspirations of crossing over to the recreational marijuana industry.

Local municipalities have until Nov. 1, 2019, to opt-out. By doing so, they could ensure that the state does not issue licenses to entities within the opted out municipality. Language in Proposal 1 states that local governments can opt-out for up to one year.

The ordinance would have still allowed such licensed medical marijuana facilities to get their equivalent recreational marijuana licenses immediately. And that is where those that spoke in opposition to the ordinance had a grievance. They argued before the council that this would have given the larger players an unfair advantage over local small businesses.

Denkins’ concerns with social equity were peeked by the council’s potential opt-out decision. He suggested that opting out would have given those with substantial pocketbooks leverage while impeding entry into the recreational marijuana industry for small businesses.

In the election held Nov. 6, 2018, 57 percent of Genesee County residents voted in favor of allowing residents over 21 to legally partake in manufacturing and distribution with appropriate licensure. That is, as long as local municipalities have not opted out.

Ambiguity in the language of Proposal 1 fueled the apprehension expressed by council members. Fourth ward councilwoman Fields said that her support of opting out was not a vote against the allowance of recreational marijuana in Flint. Instead, it would provide the city council with the time needed to vet an appropriate legal infrastructure for the new industry.

“The state put the language in if you opt-out you opt-out up to a year,” Fields said. “It doesn’t mean you can’t have a meeting next week and decide to opt back in with certain regulations. And they seem to think that, oh my God, the world is going to fall apart if we don’t opt-in immediately. Too much legal work down here is done without a thorough legal process and thorough research, in my opinion. You have to consider all the options.”

Fields went on to say that her vote to opt-out was a vote to temporarily hold up the licensure process in Flint while a regulatory framework was developed and not a vote against recreational marijuana.

This unease is prevalent across the state as approximately half of Michigan’s 1,773 cities, townships, and other municipalities have already passed their own ordinances to opt-out of allowing recreational marijuana licenses in their jurisdictions.

First ward councilman Mays agreed that the residents of the city of Flint could benefit from the city council doing its due diligence and gain a better understanding of what law and how it affects local municipalities.

Mays suggested the discussion be tabled until the next scheduled city council meeting. The next meeting is scheduled for Oct. 28, 2019. Ratification at this meeting would have still given the council time to approve the ordinance and notify the state of Flint’s choice to opt-out by the November 1st deadline.

He failed to gain the necessary votes to support the adjournment of this discussion until the next council meeting. Mays, Davis Winfrey-Carter, and Winfrey voted in favor of tabling the discussion. Guerra, Fields, Griggs, and Worthing voted in dissent.

Now opting out seems improbable as a new ordinance would need to be drawn up and go through two readings with just one scheduled meeting remaining before the looming November 1st opt-out deadline approaching.