Flint, MI — Flint Community School Board members converged for a special meeting on December 11, 2019, during which they voted on election language to submit for the March 2020 ballot.

Board members were presented with two proposals: one that would help with infrastructure, and another that would help eliminate the district’s debt and deficit at a faster rate. Before the vote, Superintendent Derrick Lopez gave a rundown of both options.

“Option one is to actually have 3-mills for the sinking fund for the next 10 years which is a reduction in the actual number of mills that we have for purposes of our millage,” explained Lopez. “It’s a renewal of the sinking fund millage.” 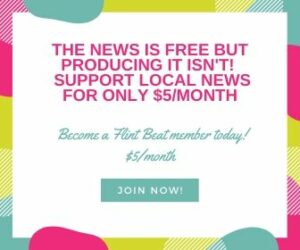 The second, he explained, is a renewal of the current 4-mill rate. According to Lopez, 2.82 of those mills would be invested in a fiscal stability bond to help eliminate debt. The remaining 1.18 would be placed into the sinking fund, for infrastructural improvements.

“[Option 2] would not increase the number of mills for the residents of Flint,” said Lopez.

With this plan, the district would be debt-free in seven years rather than 16, which had been the projected timeline up until now.

There were concerns over whether or not, with the reduction of sinking fund dollars, there will be enough capital for emergency purchases and repairs; however, Lopez was optimistic, saying that having invested in the infrastructure this year, there will be.

“The fiscal stability bonds will also reduce our payments to the State with respect to our debt service so those monies will then be available for the general fund as well as for those emergencies.”

The board elected to go with option two, deeming it the best recourse in light of the district’s $5.7 million structural deficit—a deficit that can be attributed to past loans and elevated costs for special education.

Taxpayers will vote on whether or not to pass the proposal on March 10, 2020.