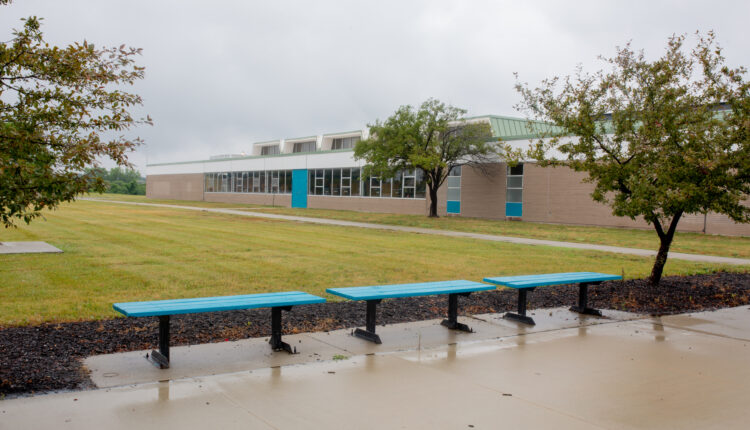 Flint, MI—Flint Community Schools has taken Genesee Intermediate School District to court over what they said is an illegal and unfair disbursement formula for special education funds.

FCS filed an objection in February, alleging that the current formula for how special education funds are doled out does not provide adequate financial support to Flint students with special education needs. Attorney Kendall Williams, who represented FCS at the hearing, proposed a new formula and called for change. GISD attorneys Lorie Steinhauer and Jeremy Chisholm argued the formula was legal and that GISD was under no obligation “to distribute funds at all.”

At present, the GISD Mandatory Plan allocates $3.8 million dollars of Act 18 Millage Funds to local districts for special education reimbursement. GISD distributes the money between its 21 districts and 14 charter schools based on a three-part, blended student formula:

Superintendent of GISD Lisa Hagel testified it was “equally important to reimburse” all three components of the formula, but Williams argued the formula favors districts with higher general student populations over those with the most need.

Administrative Law Judge Michael St. John, who presided over the hearing, performed his own calculations to determine if the three components held equal dollar weight within the formula.  “It looks to me like Act 18 money under this formula is reimbursing the actual education of students in special ed classrooms at a rate of approximately 2% of the money, push-in and pull-out services at 11.5 % of the money, and [general population] at 85.5% of the money,” he said.

“That is the way the superintendents want the formula set up,” Hagel responded.

“No,” Hagel replied, “because it’s distributed equally to every district in the same manner.”

In 2019-2020, FCS did not receive enough state or ISD funding to cover their special education costs. To make up this difference, FCS used $8.2 million from their general education funds.

“The ISD plan for special education violates no federal or state statute, rule or regulation. The plan was developed and established in cooperation with the constituent districts,” Chisholm said.

The GISD Mandatory Plan does allow for adjustments and changes to the formula. Superintendents of local districts can bring their concerns before the Superintendent Association at any of the monthly meetings, Hagel said.

Former Superintendent of FCS Derrick Lopez raised concerns but did not attend the meetings in December 2019 or January 2020 when the funding issue was scheduled for discussion. FCS has signed off on the plan, which defines the Act 18 special education formula, each year. It has not been modified since 2013.

The special education state average is 11-13% of a district’s total student population. FCS’ numbers are 10% higher, said Melinda Carroll, director of learning support services for FCS. Over the past few years, Carroll has documented a decrease in student IQ levels, something she said she believes is due to lead poisoning.

“Special education needs increased by 10% in the last six years. Behaviors have become much more extreme. Particularly for students with sensory needs,” she said.

FCS has also seen a significant drop in the student population over the last several years. Seventy percent of school-aged children living in Flint attend schools outside of FCS. 200 of these students receive special education services within those districts.

FCS does not receive Act 18 funding for transporting special ed students, but they are still responsible for the costs. “GISD invoices us for each student that’s transported,” Executive Director of Finance for FCS Carrie Sekelsky said. For the 2019-2020 school year, the total bill was around $380,000, she said.

“Seventy percent [of districts] will stand to lose money under the Flint plan and that doesn’t include PSAs. It’s absolutely criminal to do that. Every child in this county is equally important,” Hagel said.

“We did the most that we could do,” Williams said following the hearing. “We have to make arguments that these are the reasons why we believe this type of unfair formula in the mandatory plan is illegal.”

Act 18 does not require that funds be distributed according to a “plan that is deemed ‘best’ or ‘fairest’ by either Mr. Williams or anybody else,” Chisholm said.

In his final remarks, St. John said he believed that the formula wasn’t fair but reminded the court that what’s fair and what’s legal are different concepts and rarely coincide.

The judge will submit his recommendation to State Secretary Michael Rice in late August. Rice will make the final decision as to whether the formula is illegal or requires revision in early September.