More than 1,000 people descended on Lansing from across the state Tuesday to watch Gretchen Whitmer be sworn in as Michigan’s 49th governor. But for one Flint mom, watching Whitmer take the oath of office held a personal connection.

Bridget Bonds first met Whitmer at the Detroit Children’s Hospital in 2018 after her son, Cory Bonds, had surgery on his spine.

“Of all the registered voters in the room, I can remember her going up to my son and asking him what would he like to see change from the new governor,” Bonds said. “Out of all the people in the room, the fact that she went up to my son, it touched my heart.”

Bonds also recognized Flint Mayor Karen Weaver, who was in attendance for the ceremony.

Republicans maintaining their control of the Michigan Legislature in the same election that Democrats won the offices of governor, lieutenant governor, attorney general and secretary of state led to a theme of building bridges together being selected for the event. 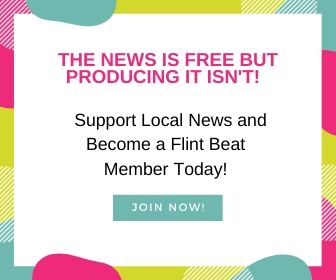 “We may belong to different parties, but we are all here today for the same reason: we are proud Michiganders first and foremost. And we owe it to the people we serve to cast partisanship aside, to roll up our sleeves and to build bridges together,” Whitmer said. “None of us can afford to compromise Michigan’s economic future because we won’t compromise with one another.”

“Let’s join forces as Michiganders to build bridges together; bridges over water, bridges between parties, and bridges to a brighter future for every one of us,” Whitmer continued. 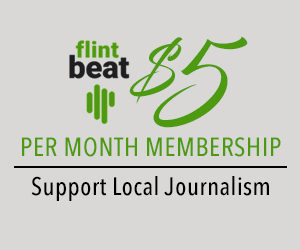 Tuesday’s inauguration marks the first time since 1987 that Democrats have simultaneously gained control of every statewide constitutional office.

Other than Whitmer, Lt. Gov. Garlin Gilchrist II, Attorney General Dana Nessel and Secretary of State Jocelyn Benson took were sworn in at the event.

“Today, as every Michigander repositions our hands on the arc of history, let us remember that the strongest bridges that connect us are rooted in equity, justice and honesty,” Gilchrist said. “If we choose these values today and every day, we, together, will move Michigan forward and leave it better than we found it.”

Gilchrist also acknowledged the record-breaking voter turnout in the midterms, encouraging everyone who voted to remain active in politics.

“From Flint to my hometown of Detroit, from Dexter to Delta County, let us choose to lock arms and walk forward together in the spirit of peace and love with one accord into our shared and connected destiny,” Gilchrist said. “Let us choose to leave no cry for help unheard, no call for empathy unanswered and no opportunity for collaboration on the table.”

Gun Violence: About this series