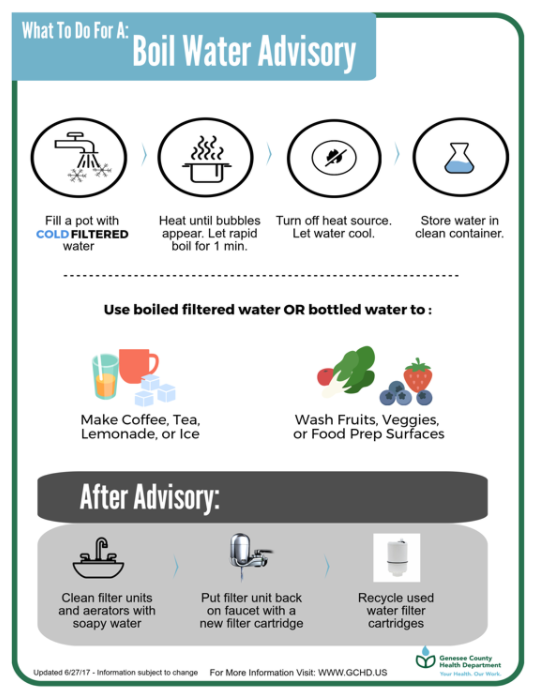 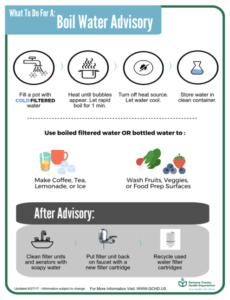 According to a press release issued by Flint Spokeswoman Kristin Moore, crews are working on a water main break on that may impact the water quality at the Ferris Wheel Building and the Dryden Building on Saginaw Street.

The break is on Second Street between Saginaw and Harrison Streets.

“The City’s Director of Public Works, Rob Bincsik, has decided to issue a Precautionary Boil Filtered Water Advisory to protect the health and safety of the City’s water customers in the affected area,” read Moore’s Feb. 7 release.

Moore said an update will be provided when an advisory is no longer needed in the area.