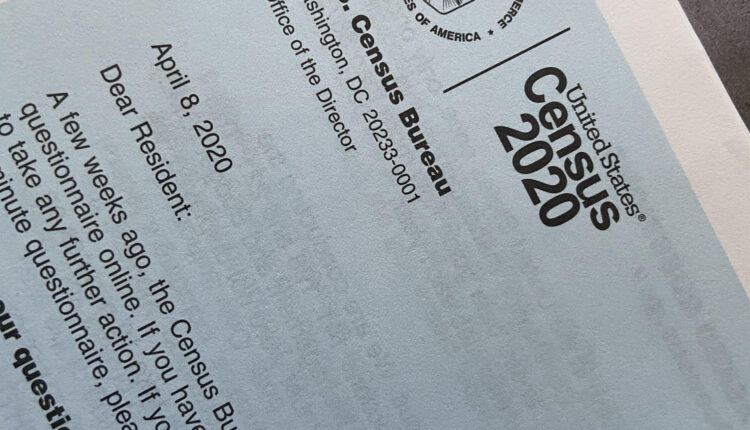 Flint, MI—Days after the Trump administration decided to end the 2020 census a month early, Flint City Officials announced census response rates in Flint are 20% behind where they should be.

Current participation is 48.4% and if it does not improve, Flint could lose $3 billion over the next 10 years, 2020 Census Coordinator for the City of Flint Anthony Turner said.

“If the agencies do not have accurate data of our County’s population, proper recommendations for funding cannot be made and formula data for funding would not be accurate. Lack of funding equals less staffing, less product and longer wait times. In the end, it would mean many frail seniors would be at nutritional risk and may not have access to food. [Some may] have to choose between their medications or purchasing food,” Radzilowski said.

Census data is collected via “self-response,” meaning each person voluntarily submits their household information. Paper questionnaires were mailed to every Flint resident at the end of March, but due to the new census deadline, the City of Flint is “doubling down” on their efforts, Turner said.

“We’re refocusing. We’re going to have Mobile Questionnaire Assistance Centers on Thursday and Fridays at different locations throughout the City of Flint. Maybe a party store, maybe a grocery store… locations where there is a hard-to-count population,” he said.

In particular, 18-36-year-olds are not responding but are a critical population because 2020 census results will affect them the most in the next 10 years, he said.

“Unfortunately, a lot of us aren’t counted. Right now, Flint is behind where it should be. And it’s on us to change that. When we aren’t counted, our communities don’t get their fair share,” Congressman Dan Kildee said.

Census experts have argued that ensuring communities with large numbers of minorities and illegal immigrants do not get their fair share is exactly what the Trump administration intended.

Black and brown populations are historically hard-to-count due access and a sense of government mistrust, Turner said. “Especially in black and brown communities where there’s already [multigenerational] families living in single units. Those types of indicators make it hard to count.”

COVID-19, civil unrest, the water crisis, and current leadership in Washington D.C. have compounded these issues and produced more distrust than before, Turner said.

“The citizens and residents of Flint, they have a lot on their mind, and I understand that the census is not at the top of their priority list. However, we must continue to press on. This is the next 10 years that [determines] the quality of life for our residents.”

City officials are “encouraging” everyone to participate and to encourage others to participate. “Let’s get that money here,” Turner said.

How to Participate in the 2020 Census

There are three ways to submit your household information for the 2020 Census: online, by phone or by mail.

You will be asked a series of questions about the members of your household. Remember: this is just for headcount information and there will be no questions about your citizenship status!

Respond by Phone:
Call 844-330-2020 and a representative will walk you through the process. There are also language support lines for those who don’t speak English. You can find these numbers here.

Respond Online:
Visit my2020census.gov to begin the questionnaire. You can also access this site from your smartphone. The census questionnaire is also offered in many other languages. You can find the links to these here.

Respond by Mail:
Mail your paper questionnaire to:

If you have additional questions or require additional help, you can email census@cityofflint.gov.

Flint Students to Receive Central Air Conditioning; Northwestern to Operate as a…