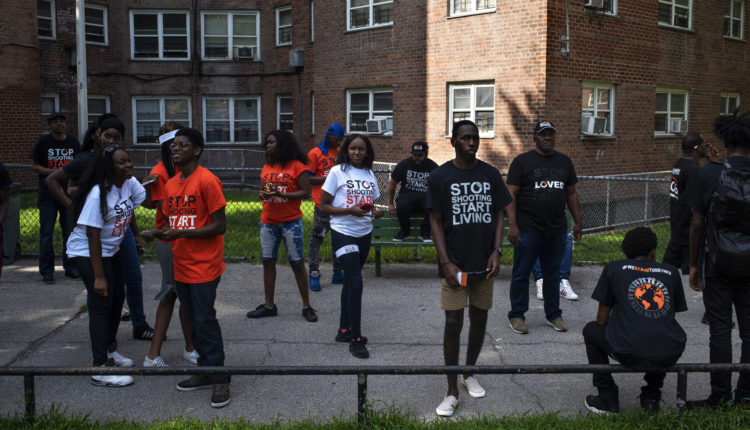 In a November 2018 interview she sits, teary-eyed, voice trembling, recounting details about her son’s murder as if it happened only yesterday.

“He was a good kid,” said Pierce, who later founded and became the president of Families of Murdered Children Support Group, based in Flint, Mich.

Her son’s name was Mark Anthony Pierce. He was a 20-year-old Ferris State University student home on spring break when in 1992 he was killed.

“I never had a problem with him,” said Wanda. “When the police called, I had no idea that my son was dead. I just thought he got in a bad car accident. When I went to identify him. I saw my baby laying on this cold metal table. Can you imagine any mother going through that?”

Mark Anthony Pierce’s body was discovered about an hour away from Flint in the city of Detroit, inside his parked car, naked, stabbed 27 times and shot three times. The Pierces, like so many other families across the country, suffer the pain that gun violence leaves them. And so the surviving loved ones and community members seek solutions to what is considered a public health crisis in communities nationwide, as it is in Flint.

Gun violence has forced mental health experts and community leaders to look at statistical data and develop a different strategy that is grassroots-based and includes therapeutic programs to decrease violence using Violence Interrupters. Violence Interrupters are typically people from at-risk communities who are recruited and deployed into specific neighborhoods with a goal to mediate issues before a crime results, especially violent crimes.

“They are not looked at as outsiders,” said 36-year-old David Gaskin, Save Our Streets (S.O.S) program manager in Brooklyn, NY, as he describes how Violence Interrupters are seen by those they come in contact with inside the Brooklyn neighborhoods of Crown Heights and Bedford–Stuyvesant (Bed-Stuy).

“They are not looked at as law enforcement or somebody that’s going to take the information they receive and do other things with it.”

S.O.S. uses Violence Interrupters and therapy as part of their model to decrease gun violence in the communities they serve. So far, says Gaskin, the model is working in the areas they have targeted.

“Some of them have had no murders at all for nearly a year,” said Gaskin in a June 2018 interview. “We had to narrow our scope. At first, we tried to do the whole community, but now we focus on specific areas.” 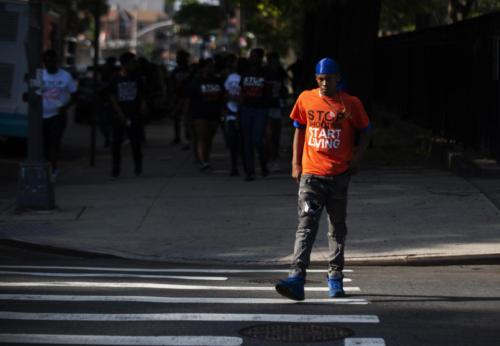 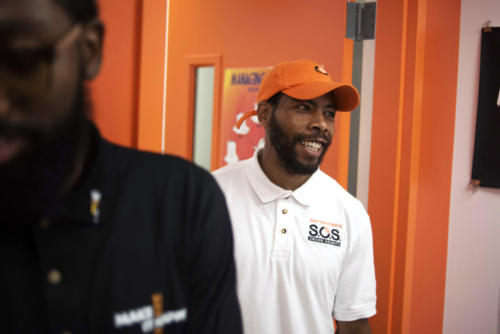 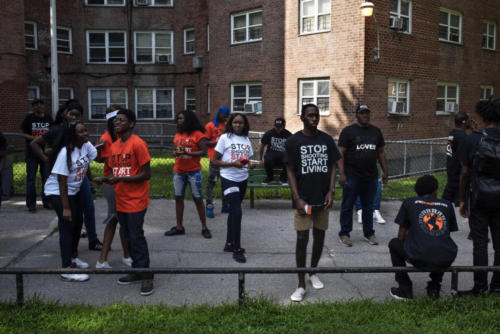 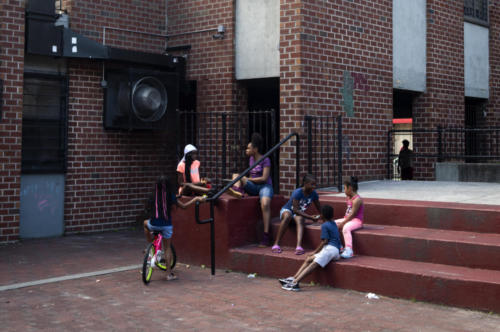 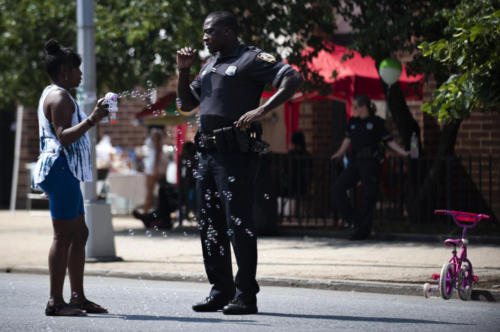 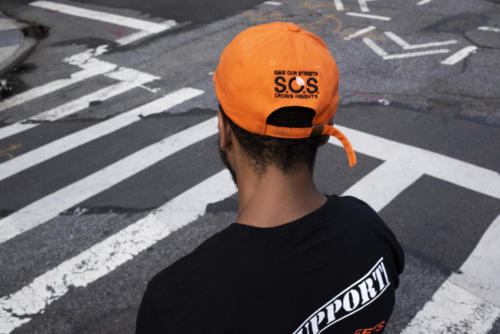 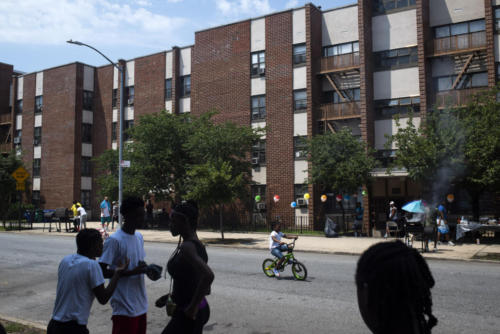 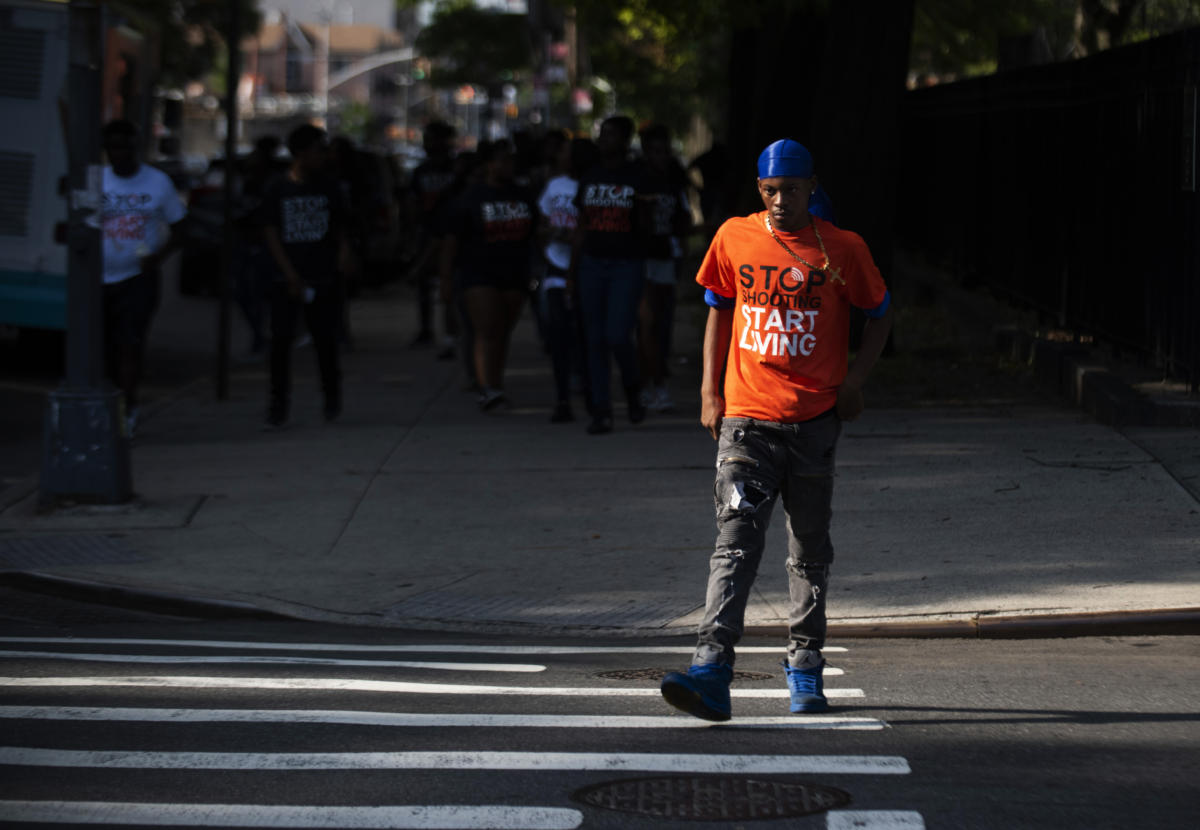 And according to Cure Violence, the actual developers of the model being used by S.O.S., places that use these therapeutic strategies have had reductions in crime, police calls and hospital admissions.

“When people see us in the community they are like, ‘That’s my man.’ They don’t look at us the same,” said Gaskin who works in the communities where he grew up and lives. “Then situations are happening (and) community members share with us.”

Like Gaskin, most of the Violence Interrupters on his team in Crown Heights and Bed-Stuy have experienced run-ins with law enforcement, bouts of incarceration and have contributed to violence in the past. They head out into their assigned neighborhoods Tuesday through Saturday to police communities. “The program is nontraditional,” he said. “Some of the work hours are nontraditional as well. They work all day.”

In the city of Flint, grassroots efforts to curb gun violence are common, but a data-driven effort similar to that being used by S.O.S. is not.

According to a 2018 Federal Bureau of Investigation report, Flint’s crime went up an estimated 23 percent in 2017 making Flint the nation’s sixth most violent city with a population of at least 50,000.

The Flint Police Department has implemented programs to curb this violent trend. When Flint Police Chief Tim Johnson joined Flint PD in 2015, he soon developed a crime squad and in 2017 the department established a central intelligence center to monitor specific areas in the city with the use of video cameras.

Flint-area resident Joe Pettigrew says grassroots efforts are still needed in Flint and a combination of efforts from police and the community may help those numbers drop even more.

“The only way we are going to solve our gun violence issue is for the community to become involved,” said Pettigrew who is also a gun violence awareness advocate. “Young people are key in ending gun violence, and we are minimized in the communities where we are needed most.”

Pettigrew’s father, Sidney Pettigrew, was shot and killed at a gym on Flint’s south side on May 1, 2018.

Since then, Pettigrew has worked to bring the Michigan Coalition Against Gun Violence to Flint in hopes of continuing the conversation about gun violence and to increase education and awareness. 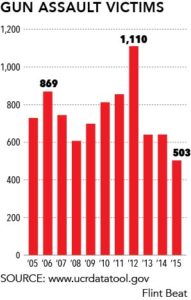 And although Flint police officials report crime numbers are down, a recent report by TheTrace.org, a website focused on gun issues nationwide, revealed that the city of Flint lost an average of 3.5 children per 100,000 residents due to gun violence from 2010 – 2016. That’s double the child firearm homicide rate in Chicago, and near double Detroit’s rate, according to data obtained through public records requests.

A recent news report to support these findings was that of Zaniyah Dashay Burns, a 7-year-old girl who was shot and killed in the city of Flint on October 9, 2018. Police believe that suspects open fired on her home from a nearby field intending for Burns’ 16-year-old uncle to be the target.

Cure Violence’s proven therapeutic model to reduce firearm homicide rates could benefit the city of Flint. Founded in Chicago, their model has been put into action across the country in places troubled by violent crime not only in New York, but also Baltimore, Philadelphia and Trinidad. 13 Cure Violence sites, inside almost a 10-year timeframe, show an 18 percent reduction in firearm homicides.

“The people are not to be blamed for this epidemic, but are instead our number one resource in countering the problem,” says the organization’s website. “Cure Violence connects with trusted community members committed to both transforming the direction of their lives as well as to cleansing the violence from their hometowns.”

The Cure Violence Model is to use three different methods, simultaneously, toward solving the problem of gun violence. One is to interrupt the transmission of violence; the second is to identify and change the thinking of people who may transmit violence; and the third is to change group norms.

The last approach may be crucial said Ronald Simpson, a Flint native discussing gun violence in the city of Flint compared to other similar communities.

“Saturation can make you numb,” said Simpson. “When you experience something over, and over again you become numb. Think about it, the first time you ride a rollercoaster you are scared to death. But after you do it a few times it’s nothing. We have been exposed to so much gun violence through news media, music and television that it has become normal.”

When surveying men ages 18 to 30 years old for an evaluation project for CURE, researchers from John Jay College of Criminal Justice in New York found that nearly 40 percent of the men they surveyed had been exposed to gun violence.

Researchers compiled data on the program to see if it is working and what its impact is on the communities where it is being implemented. Results also showed that the community did not have faith in the police and elected officials when it came to helping decrease violence in their communities.

“You have to work on multiple angles at the same, said Jeffrey Butts, Director of Research and Evaluation at the John Jay College at a 2016 panel discussion regarding research results on the Cure Violence program in Brooklyn. “The way you really change behavior…is changing the way the community thinks about violence.”

Let us not forget: One man’s fight against gun violence

(Flint Beat Creative Director Kofi Myler contributed to this article which is part of a year-long series supported by the Solutions Journalism Network focused on gun violence and potential solutions for Flint, Mich.)