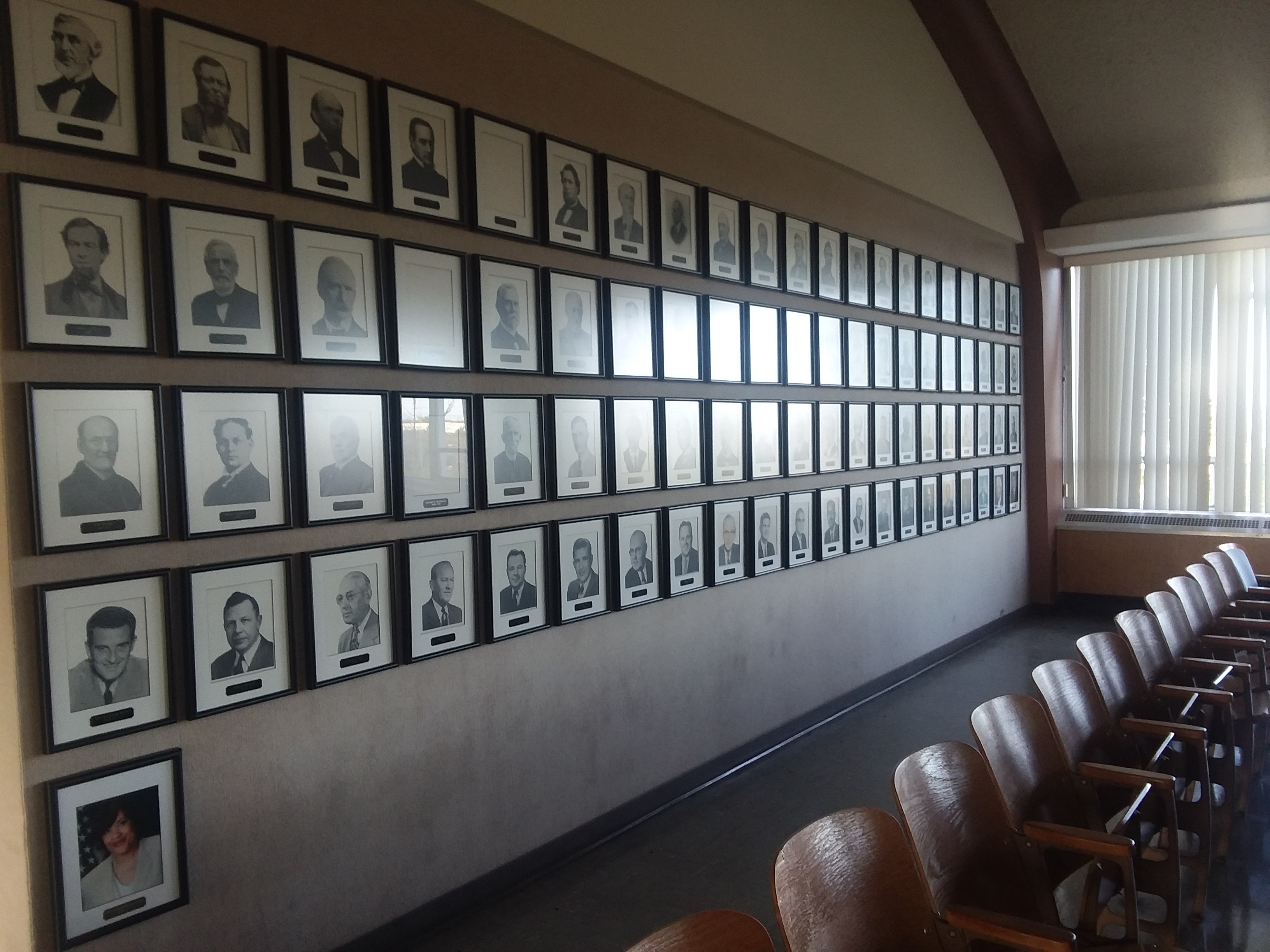 (This is the first of a two-part series capturing Flint Mayor Karen Weaver’s experience being Flint’s first woman mayor. Part two will publish at 12 p.m. on Monday, Nov. 6, 2017.)

FLINT, MI — According to the Center for American Women and Politics, in 2016, there were 263 women mayors in US cities with populations over 30,000. One of these is Flint’s own Mayor Dr. Karen Weaver. Being the leader of Flint means wrestling with highly contentious issues, specifically, lead in the water supply of one of the country’s poorest cities, if the latest Census data is to be believed. The water crisis and poverty combined with blight and crime make Flint arguably one of the most dangerous cities in America. Incidentally, Flint also has the distinction of having recalled all of its mayors from the start of the 21st century.  Weaver, who faces the latest mayoral recall election this Tuesday, Nov. 7, speaks candidly with Flintbeat.com reporter, Sherrema Bower, about sexism, being “the only woman at the table,” and about the women she surrounds herself with.

“I viewed the rows and rows of men”

Weaver indicated that a sense of Flint’s history came for her one day after the election as she looked at a wall of pictures of mayors in Flint City Council Chambers at city hall that once served the community.

“And I went up into the city council chambers, and I looked at the rows and rows of men and I said, ‘Wow, I guess this is something,’” she said.

The realization that a woman was leading Flint for the first time was all too real not only for her but for the team she would be leading.

She laughingly shared an earlier memory in her administration when her private bathroom was being cleaned by the maintenance people.

Weaver took over as mayor during the height of the Flint water crisis after it was found that children in Flint were exposed to toxic water and had elevated blood lead levels since the state switched the city’s water supply from Detroit to the Flint River.

Concerning those few months before her election in early November, 2015, when the public announcements concerning lead in the city’s water supply were made by both Virginia Tech Professor Marc Edwards and Pediatrician Mona Hanna-Attisha in September, 2015, we asked, what was that like? Was she able to get a sense of what was in store if she won the mayoral election?

Weaver replied, “No, because it was a whirlwind, and it’s still been one. I didn’t know what to expect. I didn’t come into normal circumstances – an Emergency Manager, the staff appointed by Emergency Managers, working with a skeleton crew, and then you have a crisis. And [I’m] the first woman. So, there’s really nothing to compare it to.”

“It’s been nice [though] because I’ve had so many women come up to me and say, ‘You’ve been such a role model for us,’ or, ‘You’ve inspired me, I’m so proud,’ or, ‘My daughter (or granddaughter) wants to meet you.’ And that’s when it hits me.”

“Never expecting that this was
where the road would lead”

It all began in 2008 when Weaver volunteered on Mr. Darryl Buchanan’s mayoral campaign against Dayne Walling. “I was asked to volunteer on [Buchanan’s] campaign and I said, ‘Well, I’ve never been involved in politics so hmm, I’ll see about it.’” Although ultimately Buchanan lost his mayoral bid, Weaver said that volunteering those few hours a week on his campaign changed her. As a psychologist, politics “felt like an extension of what I was doing, because in mental health, that’s your goal – to help make a difference in the lives of people.”

“By the end,” she said, “I was all in when I saw what was happening in the city of Flint.”

“I never thought I’d be here because I’m a psychologist… and that’s what I went to school to do, [yet] somehow, I ended up in politics. It’s been such a journey for me these last few years because I didn’t know where this road was going to lead.” Laughing, she said, “Because if five years ago, somebody said, ‘You’re going to be mayor,’ I would have said [doubtfully], ‘Okay.’ So I had to say, ‘I’m going to have to trust and be obedient. Okay, God, here we go! And like I said, every time, it’s been something great.”

Weaver spoke of attending meetings and conferences with her chief of staff or other men in her administration and having other attendees who did not know her, approach and talk to the man accompanying her as though he were the mayor. Or they would ask her, “What line of work are you in?” never thinking that she may actually be the mayor.

“It’s difficult – sometimes you’re the only woman sitting at the table and people want to dismiss you, or they treat you like a child,” she said. This did in fact, happen. On September 27, 2016, the City Council voted to table three resolutions that had been sent up by Mayor Weaver. Flint Councilman Scott Kincaid was quoted as saying, “The only way to teach [the mayor] how government works is to show her … It’s like a young child, if you don’t correct them the first time they will continue to do what they are doing and it will continue to get worse.” On Monday, Oct 3, 2016, the all-male Concerned Pastors for Social Action demanded Kincaid apologize. Now, more than thirteen months later, that apology has yet to be issued.

“When I was called a ‘little girl’ and [that I] needed to be treated like a child, I was insulted as a female and as an African American,” said Weaver during her interview with Flint Beat. “We know that during slave times black men and women were called ‘little boys’ and ‘little girls.’ And so that’s insulting to me…and it’s insulting to women for me to be referred to that way. As the First Female, women should be outraged – even if you don’t like me – that we would be referred to, and called a ‘little girl.’”

Weaver spoke of other situations where she has been critiqued on her choice in shoewear, hairstyles, and earrings. She added that she was once “criticized” for wearing tennis shoes and also criticized for not smiling.

“And I’m thinking, ‘I had foot surgery – I’m lucky to have any shoe on. But why are you concerned about the shoes that I have on when I’m here to do the business of the city?’” Or, “‘Don’t wear those earrings, they may be too long…[and] distracting.’ That makes me put them on anyway because that doesn’t define my brain power and what can be accomplished.

Somebody said, ‘You have to smile more,’ and I’m thinking, ‘Do you tell men to smile more?’” She said that if a man is not smiling, he is seen as “getting the job done. But if I’m not [smiling] – “You need to smile more, Karen.’ These are things you wouldn’t say to a male [so] why do I have to be bothered with that? You deal with things that men don’t deal with.”

At Bishop Airport, just like most airports, there is a picture of the city’s mayor. Weaver said it took time before her picture was hung at the airport.

“When I got there, they didn’t put my picture up for a year,” Weaver said. “And even in Council Chambers, it took a long time for my picture to [be put] up. And when they did put it up, it was almost on the floor.”

“You don’t get the same amount of respect as a female. You have to fight for everything. You have to let them know that you need to be taken seriously and that you’re not anybody’s fool… I’m fifty-eight years old. I’m not a little kid. I’m too old for people to try to control me. That’s one thing I like about getting older [is] you get too old to be scared of certain things.”

But despite the struggles, she’s faced as a woman, and the challenges that came with the city she serves, Weaver says she will continue to be Flint’s mayor.

“So it’s been difficult sometimes, and women do things differently [than men]…. [but] it doesn’t mean one way is right or one way is wrong, it’s just different ways of doing things. It doesn’t mean that we can’t be good leaders – [we] may end up with the same accomplishment, or achieve even more.”

(Dr. Sherrema Bower is an anthropologist of religion and gender, whose scholarship focuses on the social and gendered experiences of women leaders situated in patriarchal institutions.)

Opinion: What manner of man would pimp his own grandson?

Opinion: The Election November 7 Is More About Us Than About The Mayor