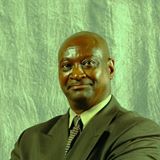 Opinion: The Election November 7 Is More About Us Than About The Mayor

We must vote Tuesday, November 7 like we’ve never voted before. This election is about more than who is mayor or who sits on

City Council, it is about whether or not African Americans in this city are worthy of empowerment. Have you ever wondered why every time we have elected an African American mayor, the powers-that-be find some half-baked reason to try to unseat that person? You have to wonder what egregious offenses this mayor has committed to warrant a recall vote. The answer is NONE!

There are two primary reasons Flint’s power structure prefers a mayor of another ethnicity. First and foremost let’s look at the $500,000 billion dollars coming into the city. There are still closet supremacists in this community who harbor beliefs that African Americans are incapable of managing substantial sums of money. Now that Mayor Weaver has plowed the fields and cultivated the crop, they feel one of the good ol’ boys should step in and do the rest. A half a billion is a lot of cheese to spread around the friends and cronies. They feel is any is going to be spread around, it should be them determining who should or should not benefit from that largesse.

Secondly, the power structure wants to continue where they were before the water crisis curtailed their plans. Prior to the water crisis, they were managing and manipulating the city’s resources however they wanted. In short, they were doing any and everything they wanted to do. When their boy, Dayne Walling was unseated, their plans received a significant blow. When Mayor Weaver convinced the Governor to restore powers to the Mayor’s Office, their plans were further derailed. Mayor Weaver wouldn’t dance to their tune. The establishment is hell-bent on taking down any Black person in power that can’t be co-opted.

Mayor Weaver is determined to be fair and equitable in the distribution of the resources coming into the city as a result of the water crisis. An example is the $10 million contract her administration awarded to a minority-owned business to replace water service lines. She has received considerable criticism for awarding that contract even though two European American firms received contracts of $9 million and $5 million without any backlash. It’s disingenuous that she would receive such criticism when only 1/3 of the contracts went to a minority firm in a city that is 60% African American. However, “fairness ” is not in the vocabulary of the oppressor. The racist distrust of African Americans managing large sums of money is alive and well.

So know the importance of this election. Do we want our community to suffer the plight of neo-colonialism forever, or do we want to control our own destiny? Powerlessness has gotten us to the point where we cannot even build or rebuild in certain areas of North Flint. Powerlessness has allowed our community and its people to be exploited and used up and then abandoned, like General Motors, Krogers, and Meijers. So, please go to the polls in large numbers Tuesday, November 7 or go to City Hall, 2nd Floor and vote early.

‘It’s nice to be underestimated,’ says Flint Mayor Karen Weaver on being the first woman to lead the city

‘Just insanity’: Four-hour council meeting ends with no action beyond…

Op ed: To avoid future public health crises, we must address the collateral damage of…