FLINT, MI  — Surviving to turn her personal testimony into purpose, Chantella Byrd’s dedicated to her advocacy as the shoulder to lean on for victims and survivors of domestic violence.

When envisioning the impact she desires to make in Flint for years to come, she sees the lives she’ll change for the better.

“The reason I am fighting for domestic violence is that I am a survivor. I’m trying to learn how to say ‘thriver’ instead of ‘survivor,’” Byrd says. “I do see myself breaking barriers. Being the voice, being the contact, being a shelter or refuge is what I see.”

In 2017, Byrd started her initiative, “Fix My Crown with Kingdom Diamonds” with the intention of planting a seed in the City of Flint to provide services and diminish the stigma surrounding domestic violence. In the era of the Me-Too movement and Time’s Up amplifying these issues, Byrd expressed her reassurance of the shifting societal attitude towards addressing domestic violence and sexual harassment.

“I think it’s beautiful,” Byrd, 43, says. “I think Hollywood speaking up kind of sheds a little more light on it. Once celebrities pay attention to it, other people will.”

Last year, she held a community masquerade ball that had a major turnout of supporters, with guest speakers – who remained masked – sharing their testimonies.

“It was really overwhelming because domestic violence doesn’t get a lot of publicity or if it does it’s the negative stuff people don’t want to talk about. It’s taboo, it’s shunned but people really turned out. I was overwhelmed. I had a Uni-tea [event] just trying to unify women and give them strength and let them understand they’re not alone. We had the first one in May 2018 and we totally sold out. We didn’t even have enough room for people,” she says happily.

Byrd is always conscious of how to make a difference whether it’s handing out handbags with essentials, taking training classes at the YWCA to obtain her shelter, creating a podcast, and providing the resources and partners teaching financial literacy. 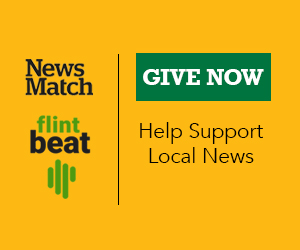 She has met with Flint Mayor Karen Weaver to have her own domestic violence awareness event called, “Purple Tutu Walk” in fall 2019.

Her dream is to open a safe-house that’s a comfortable family unit for victims and survivors with the appearance of a home as to not negatively alert children. “A lot of times you go in and you have people to help volunteer but they’re not as welcoming to your animals or if it’s a dad with kids, and different things like that,” she says.

“I can see it. I can see a big house. I can see the six bedrooms I want to have, the areas for the family to mingle. I see people’s lives changing. I see people speaking up when they wouldn’t before. I see a major change in this area but we have to shine a light on it to get it to quit. As long as we keep it a secret it’ll just grow. My purpose is to make a lot of noise about this.”