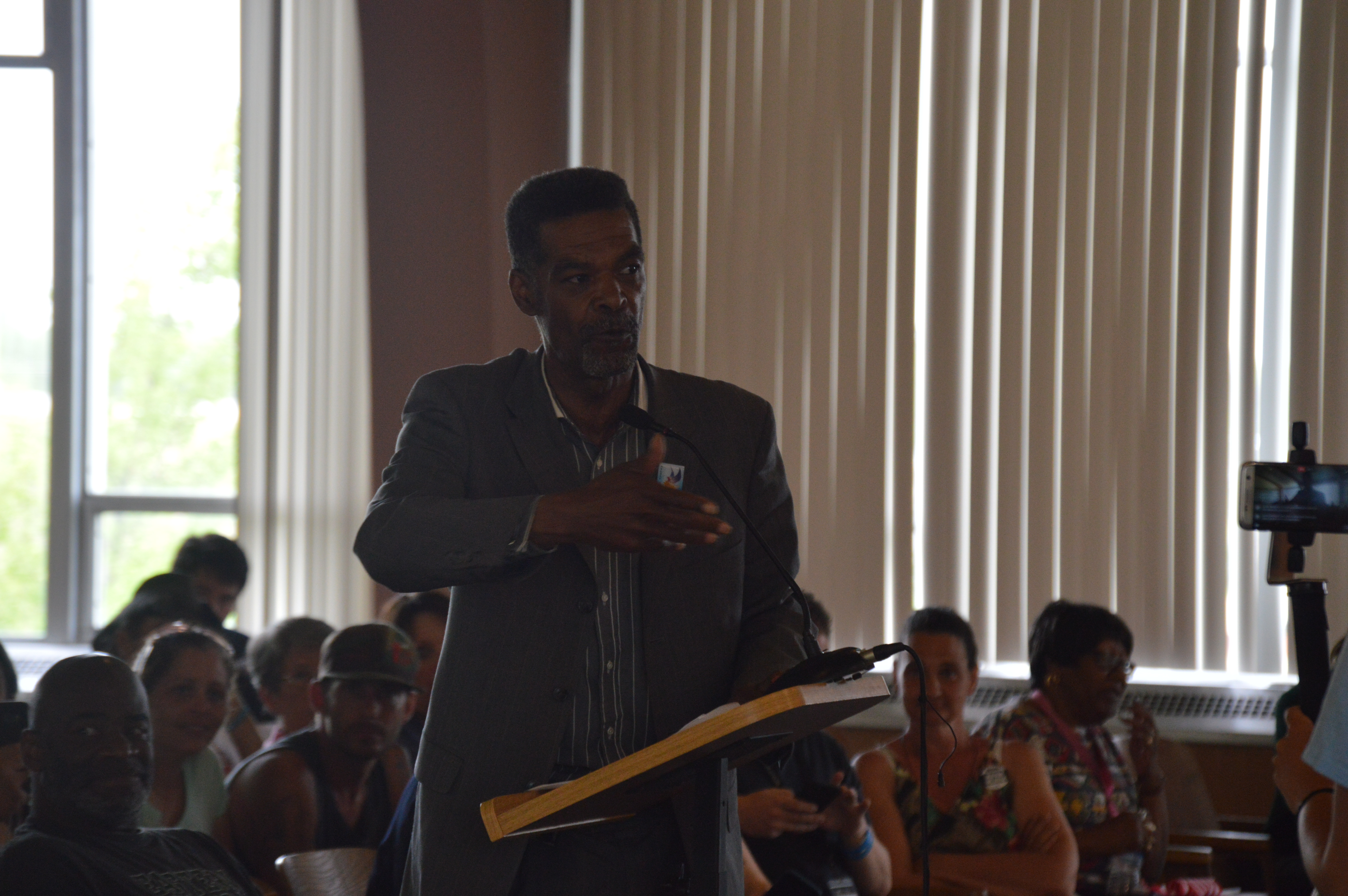 Councilman Scott Kincaid says when Mays pawned the laptop issued to him after he took seat on the council he was misusing city property.

“It was a misuse of public equipment owned by the city and he (pawned) it for financial gain,” said Kincaid who filed a criminal complaint with the Flint Police Department police today. “He is responsible for it but he doesn’t own it. There is a law that says your can’t pawn something that doesn’t belong to you.”

“I didn’t think I was doing anything wrong,” said Mays on May 23. “I don’t think it’s criminal. I just think it shows I’m poor. I hate that people know I’m that poor. I used their services and I’m glad it helped me.”

When questioned about the incident on May 23 he readily admitted he pawned the laptop but said he didn’t think he did anything wrong.

“I know what you’re talking about,” Mays said. “So I’m in violation, that could be true. I don’t believe that you lose your seat for borrowing on it. I don’t know. It ain’t like I stole it.”

“Whatever the policy is, I don’t think it’s criminal,” he added. “My position is look I had to borrow until my check come and that’s all good. I was waiting on my check and something happened. Once I go through this I will turn it in. I don’t use it. I will turn in the cellphone too.”

Mays pawned the laptop for a $100 loan at Music Man Pawnshop, located across the street from Flint City Hall. He was responsible to repay the $100 plus fees and interest and paid the debt on May 23 to retrieve the laptop.

Flint Police said on May 23 that they were investigating the issue. Mays would not comment on the investigation or Kincaid’s report.

“Eighty percent of what I do is for the residents,” Mays said. “I’m just going to continue to do what I do. That’s all I have to say.”