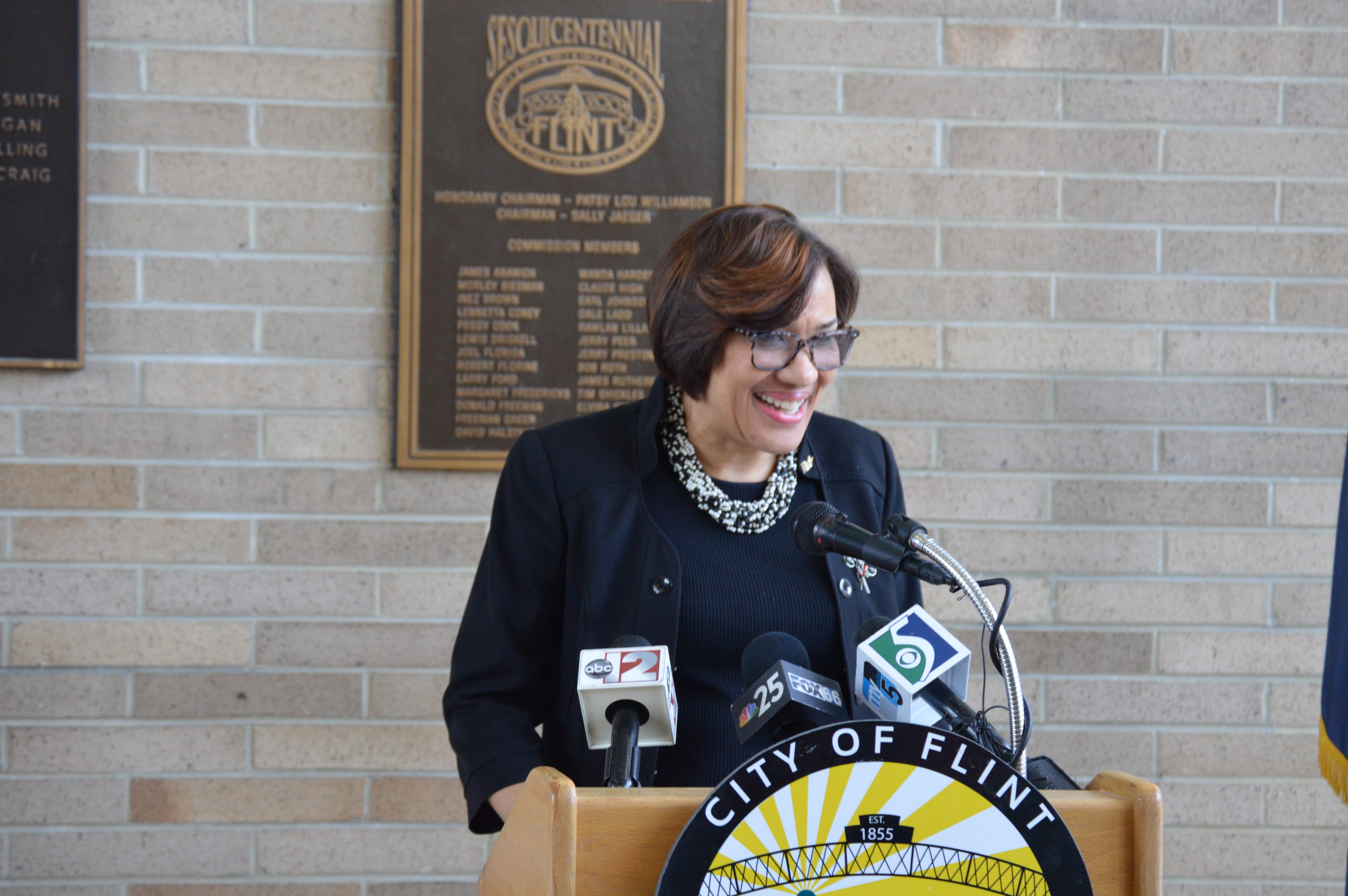 ‘That was the plan from the start,’ says Mayor Weaver of recall efforts against her

FLINT, MI — Flint Mayor Karen Weaver says plans to remove her as mayor started as soon as she made it into office.

“One thing I’ll say is I believe that that’s been in the works ever since I got into office,” Weaver said during the interview which was broadcasted Oct. 10 on Facebook Live on Weaver’s Mayor Karen Weaver  – Karen About Flint page. “Anytime when you’ve been in place for six months and you’ve…done so many things right and for the people and they go over to the county to file recall papers and they say the law has changed and you say you will be back it was a plan. I believe that that was the plan from the start.”

Woodson launched his recall efforts against Weaver citing a multi-million-dollar trash dispute as his reason for wanting to remove her from office. He initially filed to remove Weaver in January 2017 and withdrew his recall petition saying he met with Weaver and thought some of his issues could be resolved. Woodson later resubmitted language in February saying Weaver did not keep “promises” from the meeting – a meeting that Weaver has never confirmed that she had with Woodson.

During the Michigan Radio interview, Weaver also talked about a number of strides she’s made while in office, shared her views on mayoral candidate Scott Kincaid and issues she’s faced with the Flint City Council.