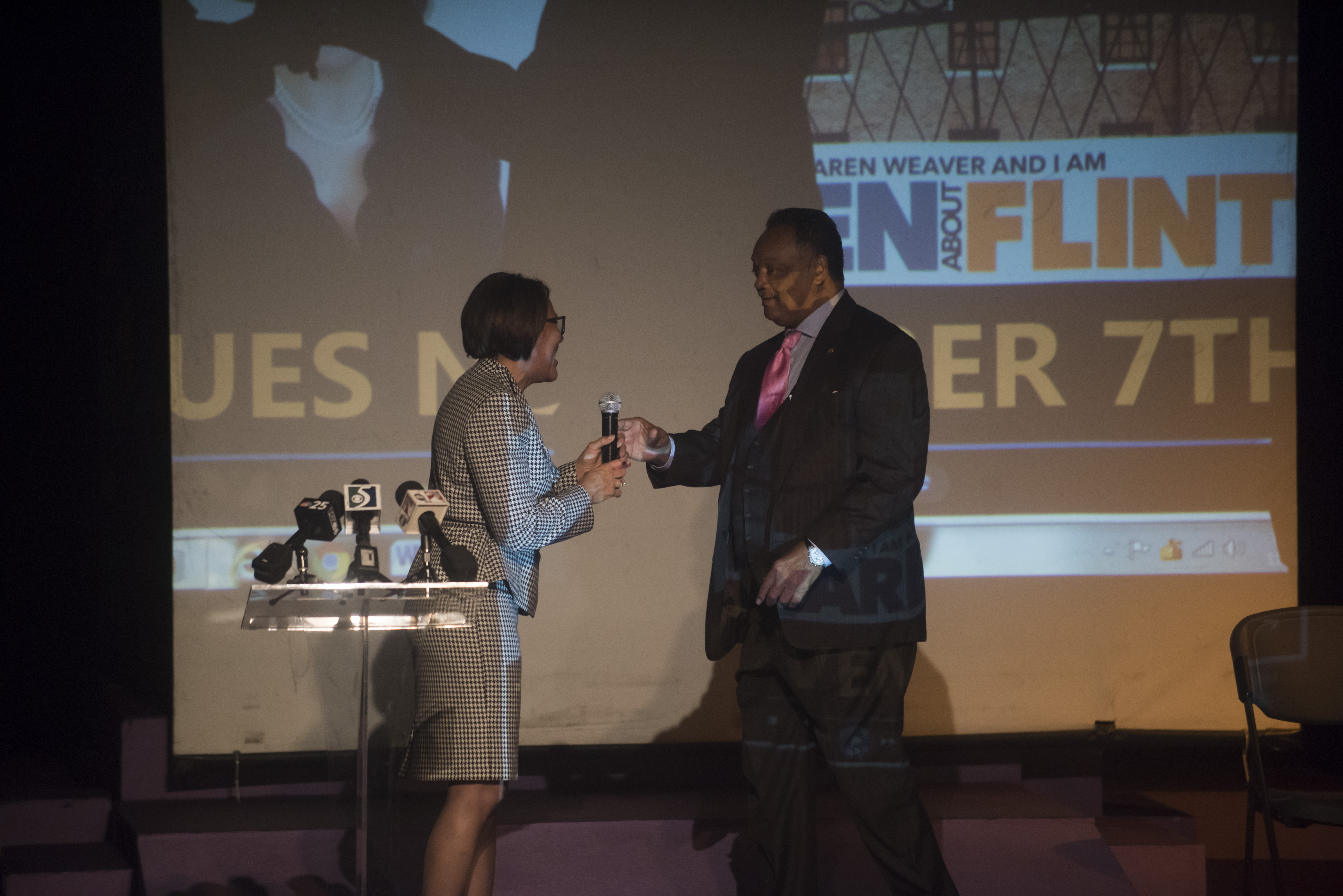 FLINT, MI — One of Flint Mayor Karen Weaver’s biggest supporters has announced that he has Parkinson’s Disease.

Civil Rights leader and political activist, Rev. Jesse Jackson, told the public in a press release, Nov. 17 that he has been diagnosed with Parkinson’s Disease after undergoing a number of tests.

“Throughout my career of service God has kept me in the embrace of his loving arms, and protected me and my family from dangers, seen and unseen,” said Jackson in the Nov. 17 press release. “Now in the latter years of my life, at 76 years old, I find it increasing difficult to perform routine task, and getting around is more of a challenge.”

The release continues to say that Jackson’s family noticed he was having difficulties about three years ago.

Jackson has publically been an advocate for Weaver shortly after she came into office and declared an emergency for the city of Flint in response to the city’s ongoing water crisis.

“I am saddened to hear that the Rev. Jesse Jackson has been diagnosed with Parkinson’s Disease,” said Weaver. “I am very appreciative to Rev. Jackson for his ongoing support and wish him well as he undergoes treatment and physical therapy. I will keep him and his family in my prayers.”

In 2016, Jackson marched with thousands in protest of the Flint water crisis, including celebrity Judge Greg Mathis and Real Housewives of Atlanta’s Phaedra Parks through the city from Metropolitan Baptist Tabernacle to Flint’s water plant on North Dort Highway. 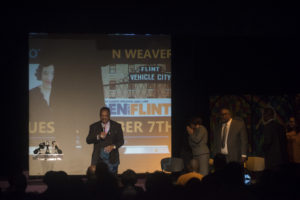 Protestors had to make a number of stops during the march to allow Jackson to adjust.

Jackson’s recent visit was in support of Weaver during the recall election where she gained more than 50 percent of the votes keeping her seat as Flint’s leader.

He also participated in a Get Out the Vote Rally on Nov. 5 days before the Nov. 7 recall election where he also stood in support of Weaver at both her campaign headquarters and later at Raspberries Rhythm Cafe & Bar as supporters celebrated Weaver’s win.

Parkinson’s Disease is a common neurodegenerative disorder that causes loss of muscle control. It can cause trembling of limbs, stiffness, slowness and impaired balance.

“Recognition of the effects of this disease on me has been painful,” said Jackson. “I have been slow to grasp the gravity of it. For me, a Parkinson’s diagnosis is not a stop sign but rather a signal that I must make lifestyle changes and dedicate myself to physical therapy in hopes of slowing the disease’s progression.”

As Parkinson’s progresses It may become difficult to talk, walk and complete “simple” task, according to Web MD.

There is no cure for the disease but its progression can be treated with therapy, various medications, and surgery.