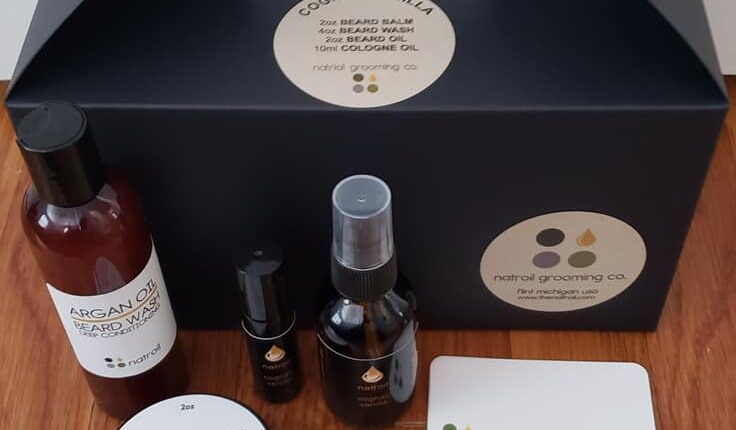 The Flint company that saw growth despite COVID-19 shutdowns

Flint, MI—Grooming products were something that came naturally to Dorian Jackson.

“My mother is [Ethiopian] and she always made incense and beard oils, things like that, because it was a cultural thing. I’m not a practicing Muslim or anything like that… but I was raised that way, so I’ve always had beards and groomed them,” he said.

In September, Jackson launched Natroil Grooming Company. His company offers a range of personal grooming products from beard balms to perfume and cologne oils. He has been known to collaborate with local artists and musicians, giving them 100% of the profits from their tailored scents in exchange for promotion.

Jackson said it all started with a single scent, sandalwood and oud oil, which he originally made for himself, but it caught on with friends and eventually he was making bigger batches and sharing the cost. 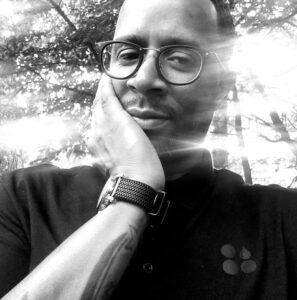 “Some of my friends who are barbers and some of my other friends in Flint… they started just buying the beard oils from me,” Jackson said. “I really wouldn’t even charge them, it was more of a thing that I would make a batch and just give them some and it was cool because the money that they would give me to make the batch, I would get some for myself out of it, because it’s just as easy to make a larger batch as it is to make a small batch.”

Jackson also attributes a lot to his girlfriend Egypt Otis. “She is actually the reason that I started Natroil,” he said.

She told him that he should open a business, because he was already spending so much time making the products. “With all your marketing experience, you could build a brand up pretty quickly,” she said.

“And that’s exactly what happened,” Jackson said. “It just came from my social media presence, the fact that I really wanted to tie it into the city of Flint to build the brand and also to be inclusive because there’s a lot of businesses that aren’t inclusive.”

Jackson is hands on in his involvement. He does his own website, logos, labels, and social media adds, in addition to making the products. Recently, he launched a Flint Faces add campaign where he uses pictures of people from the community juxtaposed with their quotes.

Jackson said that though his products are handmade, they are more upscale. “That was one of the things that I tried to go after. It is handmade, it is natural, but I just wanted people to look at it more of like a high-end, lifestyle brand.”

Formerly at the Ferris Wheel, now he has a pop-up shop in the Dryden Building. He said they are building it out and adding more shelves and products. He said he a was happy to open back up after the COVID shutdowns but that his business didn’t really suffer because of it.

Jackson’s other business is Elite Career Solutions. “That’s actually my primary business,” he said. “That’s how most people in Flint actually know me. (At) Elite Career Solutions I provide job development, training, job coaching, job placement. We work with the State of Michigan, Michigan Rehabilitation services, Michigan Department of Corrections, and I also work with returning citizens, veterans, etc., pretty much any of the disenfranchised population that we have in Flint and in the United States…trying to get them employment, become self-sufficient.”

Speaking of the increase in business during the COVID-19 shutdowns, Jackson said, “I think it’s just because the type of products that I offer, you know, a lot of guys were at home doing more of their beard maintenance, hair maintenance, you know, just taking time to smell good around the house or whatever it was, but it really picked up.”

Jackson had launched a female line right before COVID hit. Honoring his girlfriend, Otis named the line the She / Her / Hers Collection and they worked together on scents. Jackson said that now fifty percent of his sales are women. “I even changed the branding of the company because if you look at some of my first adds it was ‘premium gold grooming products for the modern gentleman’ and now it’s ‘premium grooming products made in Flint.’”

Next, Jackson looks forward to entering a pitch competition that the non-profit 100K Ideas is putting on, in which they are offering cash prizes of up to $5,000.

Speaking about how the success of Natroil made up for the suffering of his main business Elite Career Solutions, Jackson said, “To me this has been a blessing as far as developing this business and it’s given me time to work on this particular business… It basically carried me through the entire situation.”

To check out Natroil Grooming Company, visit the website

Allie Powers is a world traveler, avid gardener, and graduate of the University of Michigan- Flint campus. Alongside English and ecology, she studied journalism. She is involved with a small non-profit in Guatemala that serves the indigenous community and also works with a community garden on the east side of Flint. She has lived in Flint for fifteen years and fondly calls it her home.