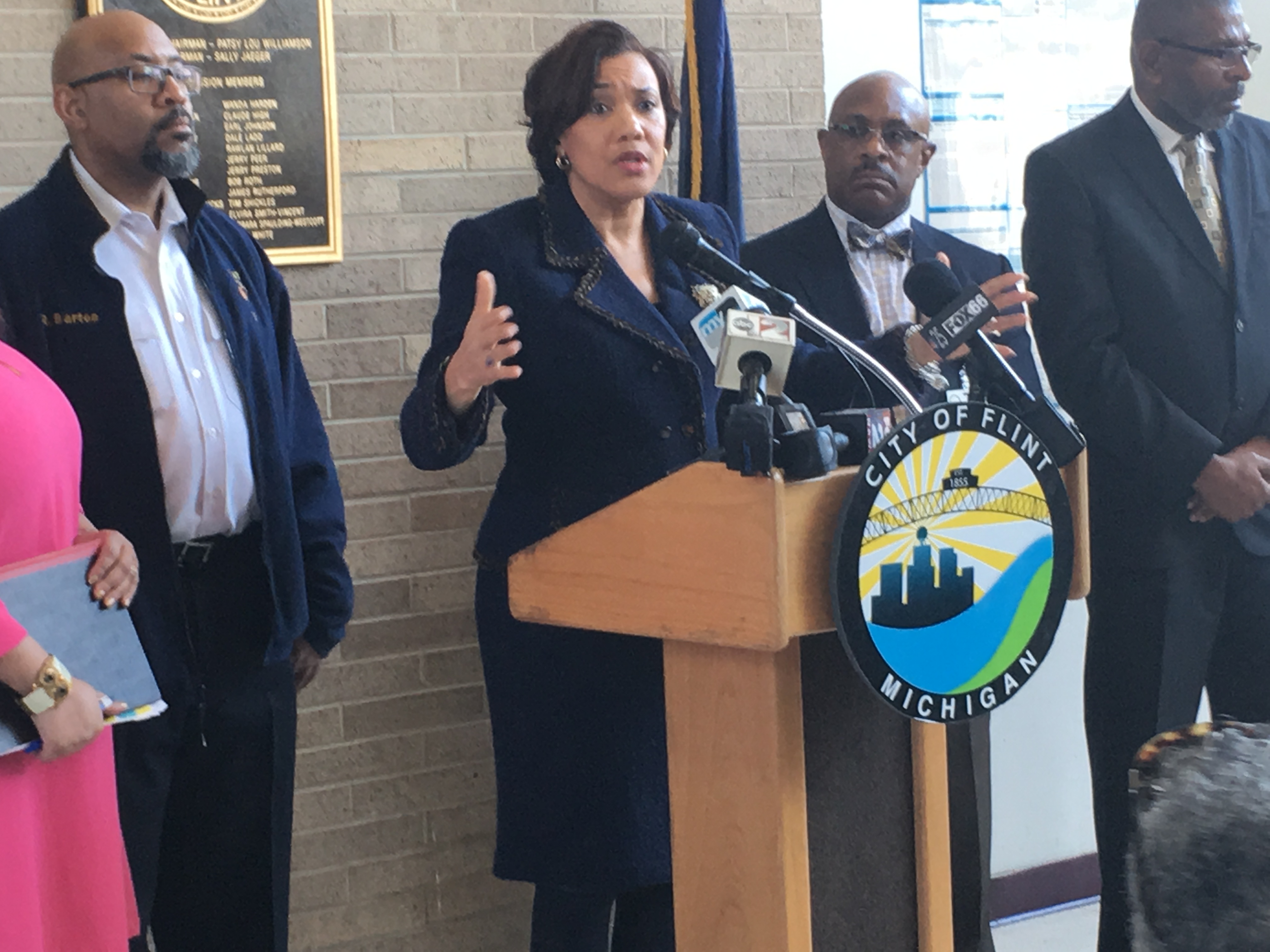 Recall efforts may launch another mayor’s race for Flint

By Jiquanda Johnson Last updated May 3, 2017
2
Share
FLINT, MI – If backers of a recall effort to remove Flint Mayor Karen Weaver make good on collecting nearly 6,000 signatures Flint could have another mayor’s race.

“Winner takes all,” said Genesee County Clerk John Gleason. “Whoever gets the most votes will finish out her term.”

Flint resident Arthur Woodson, the man leading the recall efforts, has the challenge of collecting 5,750 signatures to put the issue on the ballot.

Weaver’s name will automatically appear on the November ballot.

Gleason said his office will collect the signatures and make sure the petitions are filled out properly before turning things over to the City Clerk’s office. Flint City Clerk Inez Brown’s office will verify that all of the signing parties are registered voters in the city of Flint.

Rumors of Flint being under emergency management hit social media since the recall efforts launched.

Former Flint Mayor Woodrow Stanley recently made a post on Facebook saying the Weaver recall is reminiscent of his 2002 recall.

“Even though the leading actors have changed since Flint’s last recall in 2002, the tactics and scripts are eerily similar,” Stanley wrote in a Facebook post. “And regardless of the recall election (if enough petitions are certified) outcome Flint will have another EMERGENCY MANAGER,” wrote Stanley in a Facebook post. “Another recall is a screaming neon billboard that Flint is too dysfunctional to handle its own affairs.”

State spokeswoman Anna Heaton said in an email to Flint Beat that there have not been any talks so far of putting another emergency manager in Flint because of recall efforts to remove Weaver.

He initially submitted recall language on Jan. 23. On Jan. 27 he withdrew that language saying he met with Weaver to address his concerns.

Woodson submitted the approved language on Feb. 24 after he said Weaver did not keep promises made at the meeting. Flint Beat could not immediately reach Weaver for comment on the meeting or Flint potentially facing another mayor’s race.

The language was approved by the Genesee County Election Commission on March 8 and then appealed on March 17 by Weaver’s attorney Kendall Williams.

On April 24 , Genesee County 7th Circuit Court Judge Geoffrey Neithercut ruled in favor of the recall language allowing Woodson to move forward with collecting signatures to put it on the November 2017 ballot along with the Flint City Council race.

“People are signing like crazy,” Woodson said. “We have been out here for nearly a week and things are looking good. I am sure we will collect enough signatures to move forward.”

Woodson has until Aug. 4 to turn in the signatures, which is 25 percent of the votes from the last gubernatorial election.