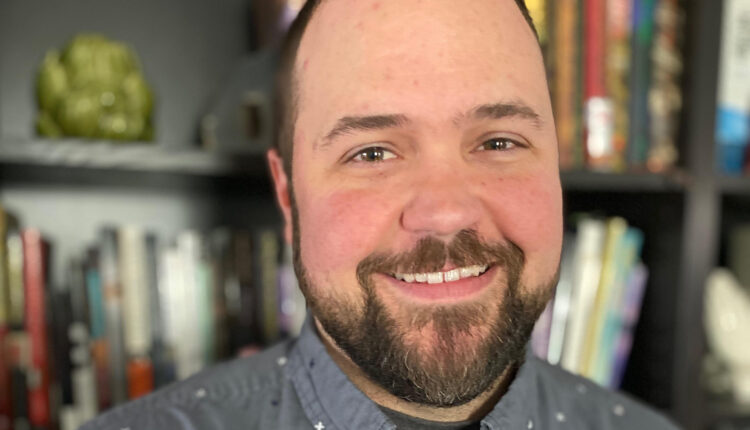 Stir crazy? Flint’s own board game designer has some suggestions on what to play with friends

Flint,MI — With most families stuck at home, Green Couch Games founder, Jason Kotarski, wants to help them from going stir-crazy by introducing them to the world of tabletop gaming–the same thing that cured his boredom once before.

“I had left my band and went back to school and I was super bored,” says Kotarski, the former guitarist and co-vocalist of South Bay Bessie, a Flint pop punk band who frequented the Flint Local 432 among other venues around the midwest. “I was so used to playing shows all the time so I started playing board games as something to do with my wife. It’s the thing we did to pass the time. I don’t sit on the sidelines very long and that DIY punk thing was pushing me to say, ‘If those games were made by people, why don’t you make one too?’”

Kotarski turned his post-band restlessness into designing his first game, “The Great Heartland Hauling Company,” which was released by Dice Hate Me Games and gained enough traction to help him launch his own company, Green Couch Games. He has since turned to publishing games designed by others rather than designing them himself.

“I started a company working with other designers because I like putting projects together,” says Kotarski. “I just transferred all of those skills from my band years to board games because it was something I could do without going on the road—as much anyway—and I’ve been doing it for five years.”

Like all gamers, Kotarski had his own gateway game to kickoff his origin story. Here are some of the games he recommends for people dealing with their own stir craziness, at the family dinner table or online with friends:

“For me, it was Settlers of Catan. My wife just said, ‘Hey, some college neighbors play this every Sunday so let’s buy it.’ So I said, ‘You’re a nerd, but ok.’ Then I fell in love. There’s this whole world of games and it was this culture to dive into and explore from afar. I was hooked. It’s a Euro-style game. Some of the things that make those games stand out are they’re not direct conflict like RISK where you’re just trying to annihilate somebody. There’s luck, but there’s choice involved. It gives you decisions when you roll the dice rather than, ‘You can only do this.’ Everyone plays until the end, there’s no player elimination in Euro-style games. I remember playing RISK where you’re the first person to get blown up and then you have to watch your friends play from the sidelines, and that’s no fun. It felt fresh to me, a little more grown-up, and it was just like a rich culture when I was getting into it.”

Instead of following a path into more difficult games, Kotarski did quite the opposite. Similar to his love of three-chord punk rock, he was drawn into the world of simple, but fun board games.

“When I was in Flint getting into games at the time, I didn’t really have a game group. I was the guy with games. So I was having to teach stuff and learn stuff, and like, some of those bigger games were intimidating to me. I was really drawn to small boxes with rules I could learn in five minutes, and games I could play with a group of people who weren’t as serious as I was at the time, but still, have a rich experience that went beyond Yahtzee, you know? 6 NIMMT! was just a numbered deck of cards. It was 5-105. It was sort of like a press your luck type of card game and doing clever things with simple components.”

For those quarantining in two-person households, fret not, there are plenty of two-player games available including this one from a Michigan designer.

“It’s a game of filling tasty pastries by Jonathan Chaffer. It’s kind of like a Great British Bake Off theme where you are building a hand of cards to collect ingredients to show up early to work to fill up pastries that are going to give you different victory points that are there for the taking. This is kind of a mini hand-building game where you’re just building a small deck of cards so it kind of takes these bigger ideas and puts them into a bite-size package that happens to be theme after bite-sized tasty treats.”

“It’s probably my best-seller and was nominated in 2015 for Family Game of the Year and Card Game of the Year. It’s by Scott Almes. A sequel to it just came out called “Best Treehouse Ever: Forest Of Fun.” They’re both standalone 1-4 player games, but when you have both you can put them together to play up to eight. It’s a card drafting game where you pick a card and pass the rest, but the card you’re choosing is a room to a treehouse that you’re building. At the end of each round of putting new rooms in your treehouse, everyone has this negotiation of which color will score, which color won’t score, there are over three rounds and each round takes about 20-30 minutes. It has this super adorable and appealing art. Lots of fun in that game.”

In the new world of social distancing, Kotarski offered up these suggestions for games that are playable through platforms like ZOOM and Facetime.

“There’s a lot of people staying connected on ZOOM or Facetime, and there are tabletop games that would work well in that setting… There’s such a neat opportunity to meet online and play a game that’s not a video game. You can have that tabletop experience with your friends and connect during our separated time as long as you have a score sheet.

“Having played hundreds of games, only one immediately pops into Kotarski’s brain when it comes to claiming a favorite.”

“It’s essentially like Rummy, but with a map that you’re placing trains on and there are only 3 rules. It’s elegant, but it feels familiar to a game I played as a kid with new twists. That’s kind of my fallback all of the time.”

Stay up to date with Jason Kotarski’s catalog of tabletop games and news at www.greencouchgames.com

Jonathan Diener is a world-traveling musician, comic writer, and freelance journalist having written for Vice, Alternative Press and The Hard Times. His charitable endeavors include the music compilation Not Safe To Drink: Music For Flint Water Crisis Relief, and HOPE: A Comic For Flint. Diener dedicates his time to staying creative and helping the Vehicle City whenever he can.